CGK Consulting Group, Inc is an engineering and technical consultancy company providing professional services to a variety of markets across the United States and Worldwide.   Our core competencies are in the fields of mechanical, electrical, chemical, process, controls, and software engineering as well as project and construction management.  Our diverse skill sets and integrated project team approach allows us to provide effective full-service results to our clients.

Headquartered in San Diego, California, with offices in the Phoenix, AZ and Chicago, IL areas, CGK is incorporated in Arizona, Illinois, Ohio, Virginia, and North Carolina, and have provided services to clients in Nevada, Nebraska, Iowa, Texas, New York, and Connecticut, within the United States.  CGK has also provided services internationally for clients in Canada, Peru, and Colombia.

We pride ourselves on being flexible and able to tend to the client and project team’s needs quickly. We are not bound by our offices’ regions. In today’s economy, our clients require our services all over the world, and we are ready to commute to meet our customers’ needs.  Whenever possible, we set up virtual support services to minimize the cost to our customers and improve the efficiency of our projects.

CGK forges lasting professional relationships by viewing themselves as being someone who is integrated with your company. The road to each solution is specific to your company’s needs, and we have your ultimate goal in mind at every step of the design, engineering, and construction process.

We utilize modern software, technologies, and ideas to streamline work processes and develop proprietary software tools that provide tailored solutions to each client. For your project we combine engineering, design, automation, safety analysis, and project management to the implementation to ensure that your project is a success. 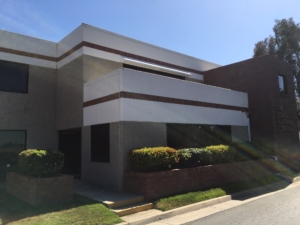 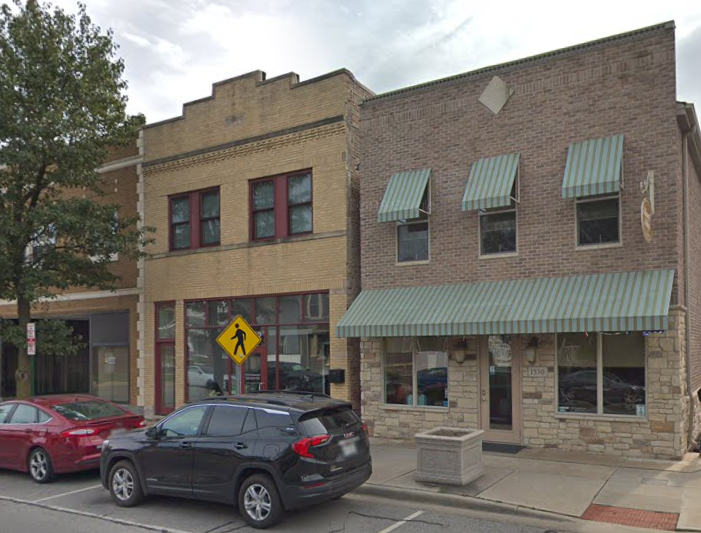 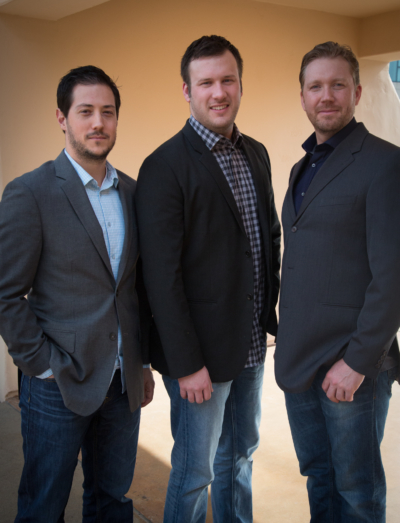 The founding members of CGK Consulting Group are Michael Carlomagno (President and CEO), Joshua Gemmell (Vice-President and Secretary), and Seth Kahle (Vice-President and CFO).  They met in 2007 during the early years of their professional careers.  They worked for one of the largest Portland cement & building materials manufacturers in the United States in an engineering and professional development program.  Michael, Joshua, and Seth soon became colleagues and friends, but shortly thereafter moved on to other positions and companies where they began specializing in different engineering disciplines.

Michael, a Mechanical Engineer (BSE, PE) from California State University, Chico, left cement manufacturing to move to San Diego and develop skills as a mechanical engineer and project manager for commercial, pharmaceuticals, life science, and light industrial construction projects.  In 2011, Michael received his Professional Engineer’s license from the State of California, and continued to work in the Southern California region.

Joshua, a Chemical Engineer (BSE) spent several years working as a commissioning engineer on a newly constructed Portland cement plant in Florida.  After construction and commissioning were complete he remained on site working as a projects, process, and reliability engineer.  In 2010, he returned to his alma mater, Arizona State University, to complete a Masters degree in Construction Management.  Following his graduation, Joshua went to work for Jacobs Engineering in their process engineering department located in Tucson.

Seth, a Chemical Engineer (BSE) from the University of Michigan, left cement manufacturing to work in the Midwest at The Dow Chemical Company, which would later become Americas Styrenics, a joint venture between Dow and Chevron Phillips Chemicals.  During this time, Seth was a manufacturing capital projects engineer, and was heavily exposed to industrial process control, instrumentation, and electrical systems.  While working in the Chicagoland area, Seth returned to school for a Bachelors of Science in Technical Project Management with a specialty in Computer Information Systems.

In July, 2013 CGK Consulting Group, Inc. formally incorporated in the State of California.  The diversity of education and on-the-job experience allowed CGK to tackle complicated engineering projects from initial concept.  This diverse background also allows CGK to provide “single-source” options for our clients.

CGK is an employee owned company that is committed to community development in the areas they work.  Projects are always completed with not only the end user in mind but also those in the surrounding area who would be affected by the building or plant we are helping design.  Our passion is Integrated Intelligent Project Delivery that reduces timelines, mistakes, rework, and provides an economic solution to the challenges facing our clients. 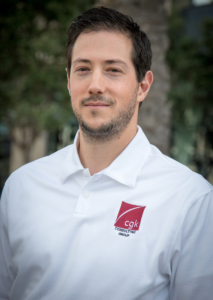 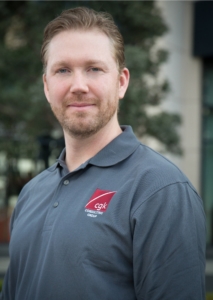 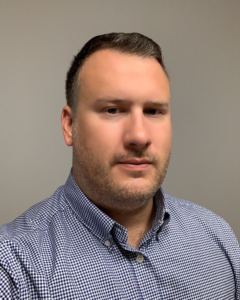 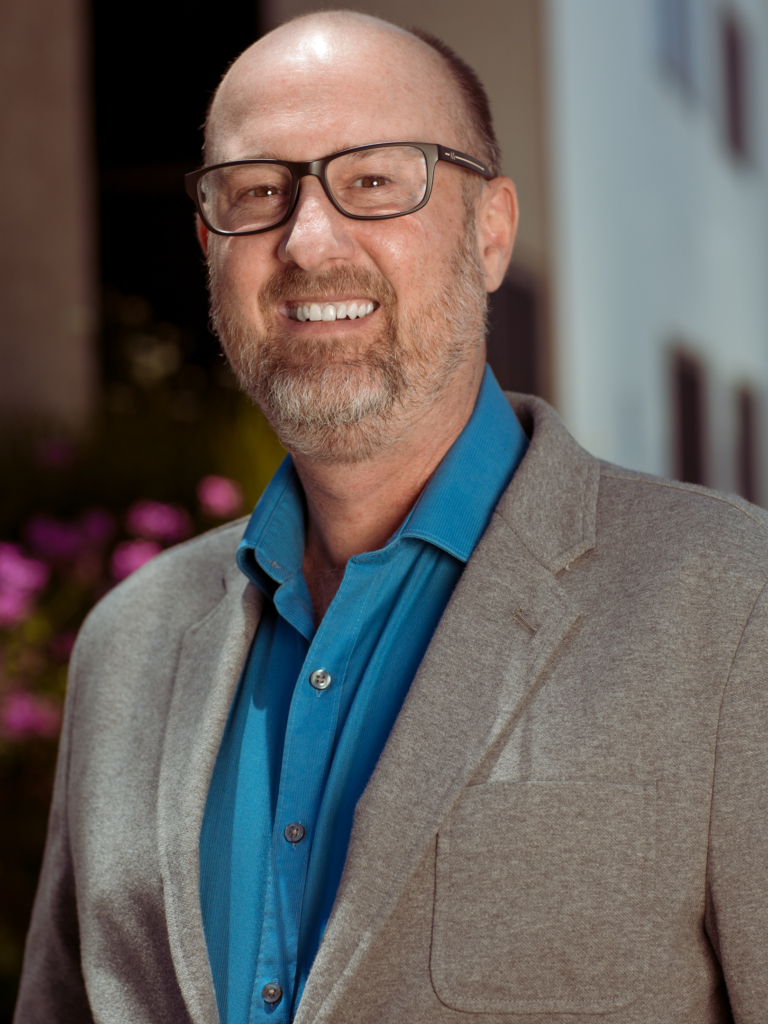 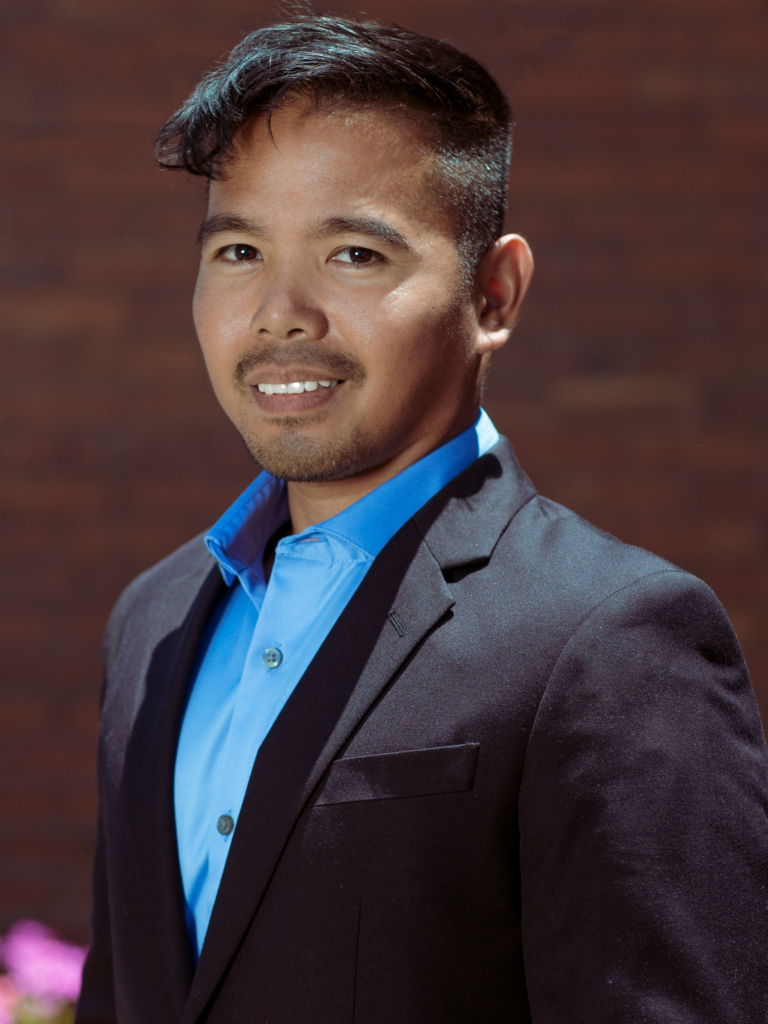 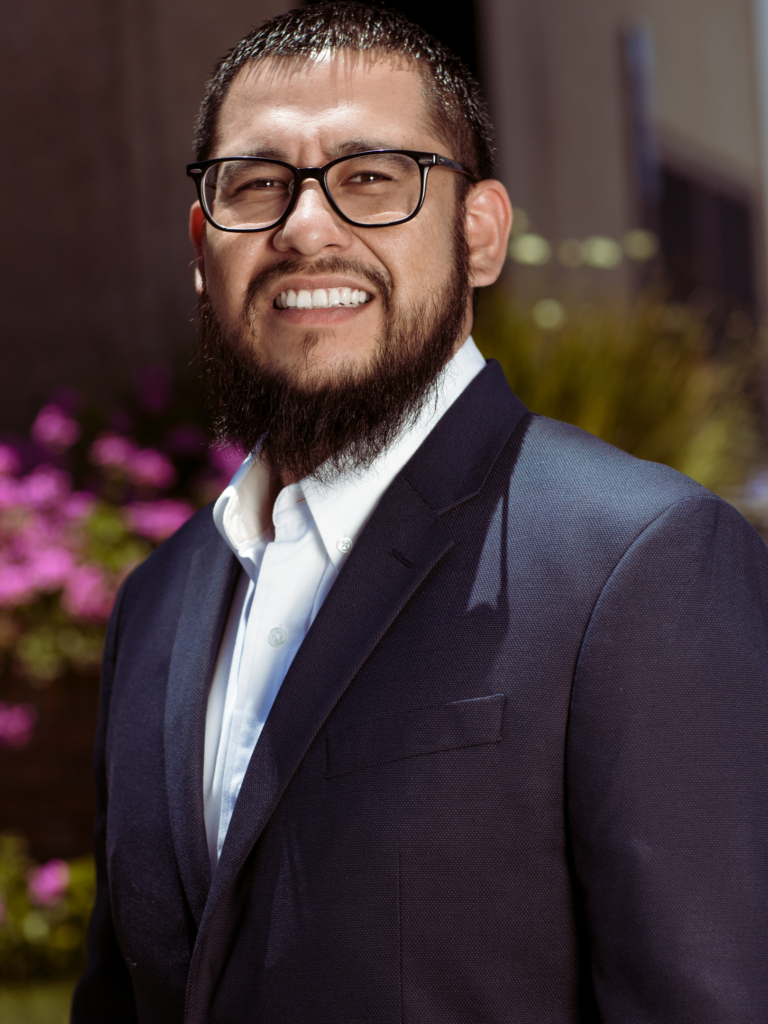 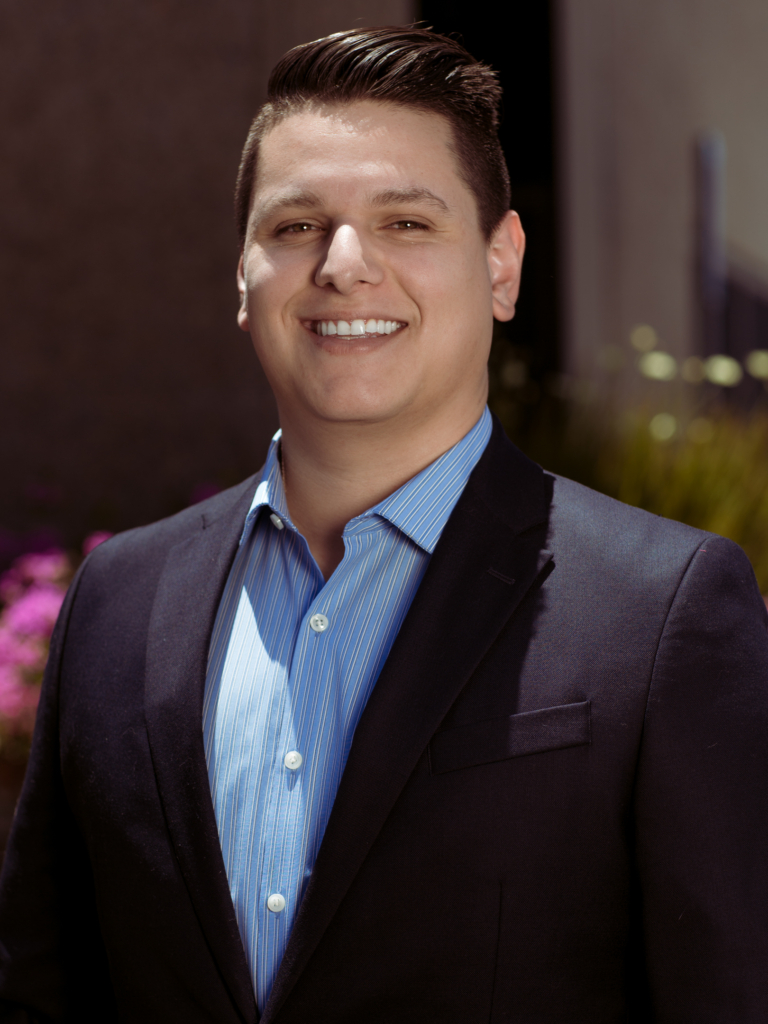 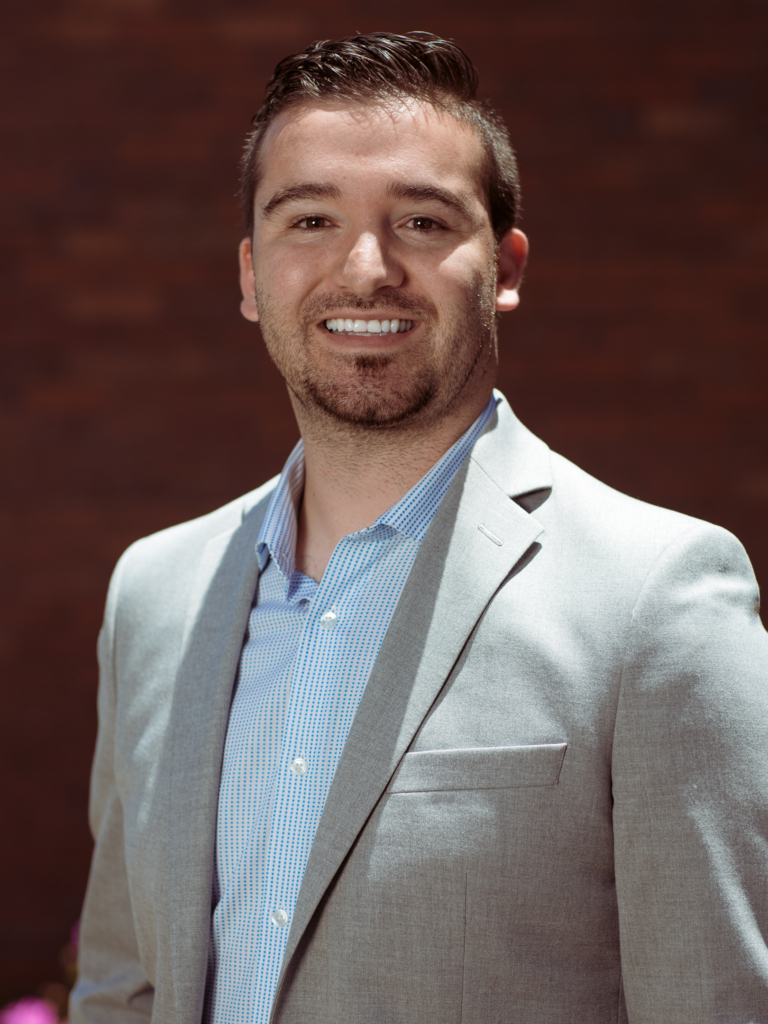 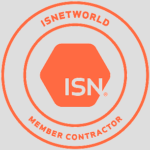 CGK Consulting Group is an active member of ISNetworld. We have centralized our compliance data within ISNetworld and streamlined our reporting process, making it easier for us to prequalify our company. We have made the following information available to our clients in an electronic format, which is available online 24 hours a day: Health, Safety, and Environmental Questionnaire, Insurance Certificates, OSHA Forms, Experience Modification Rate (EMR) Letters, Written Health, Safety, and Environmental Programs, Training Information, Reporting of Hours and Incidents by Month. ISN’s Review and Verification Services (RAVS) verifies and evaluates our health, safety, and procurement information to ensure regulatory and client specific requirements are met. 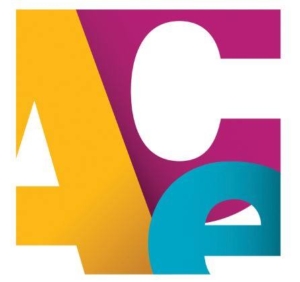 Our mission is to engage, excite and enlighten high school students to pursue careers in architecture, engineering, and construction through mentoring and to support their continued advancement in the industry.

CGK Consulting Group is going on their fifth year of involvement in the local San Diego region of the ACE Mentor Program. The year-long program brings enjoyment to our careers as we get the chance to show the local youth the benefits of our architectural, construction, and engineering industries, and to give a snapshot of our everyday tasks. The program also gives our youth an extracurricular activity and help those who are in disadvantaged neighborhoods or schools. 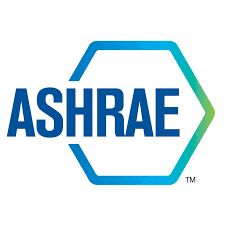 CGK Consulting Group is continually involved in the annual philanthropic event through the local San Diego chapter of ASHRAE. The organization spent the early morning preparing and serving breakfast to the tenants of the St. Vincent de Paul Village.

St. Vincent de Paul Village provides interim and transitional housing on a four-block campus in downtown San Diego’s East Village neighborhood. Residential services are located on this campus at the Joan Kroc Center, the Bishop Maher Center and the Paul Mirabile Center. For more information about each of the buildings, click here. Interim housing is available for single adults or families in the Rapid Rehousing program or who are able to obtain self-sufficiency within 120 days. Transitional housing is an option for those who need more support in order to obtain self-sufficiency. 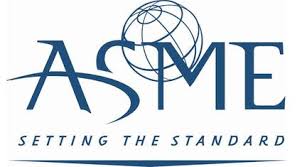